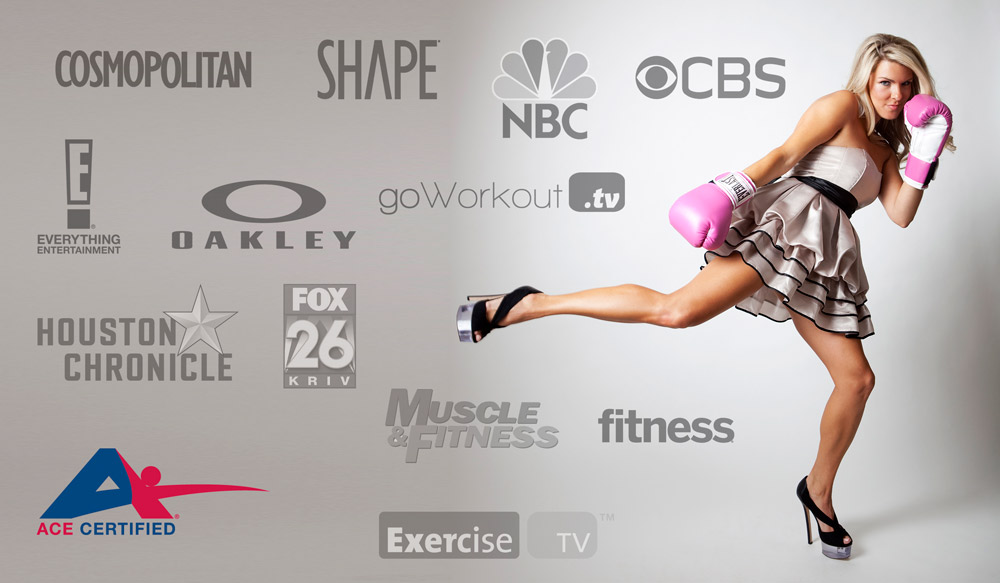 Cari is a fitness expert with certifications in personal training, group fitness and yoga. She is also a fitness media consultant and provides content such as workouts, advice, articles and videos that she produces. She is regularly featured on tv (CBS, Fox, NBC and E! among others) demonstrating workouts and giving health and fitness tips. She recently launched a fitness “ebook” called Get Fit Done with her friend Megan from Honey We’re Home. She has produced videos for big brands such as Oakley, Ford Motor, eHow.com, Fitness Magazine and ExerciseTV and has also produced and directed 2 fitness DVDs. She has been a fitness model and a contributor for Fitness Magazine, Muscle and Fitness Hers, OM Yoga & Lifestyle Magazine and has also been featured in OO2 Magazine, the Houston Chronicle, Cosmopolitan Magazine, Better Homes and Gardens, Dr. Oz’s The Good Life, Weight Watchers Magazine and many more. She has been featured on TMZ.com and Dr. Phil with some of her celebrity clients and she has had international exposure in fitness magazines, blogs, and through her own fitness dvd Long Lean Legs. Among her many projects, she is co-founder of goWorkout Houston, runs Houston’s popular Bombshell Bootcamp and trains both NBA and NFL cheerleaders. She was the official trainer for the Houston Rockets Power Dancers from 2010-2013.

Cari is passionate about fitness, health, and wellness and goes out of her way to inspire others to adopt a healthy lifestyle and take charge of their lives. Her first DVD, Long Lean Legs is available on Amazon.com and has been on Video On Demand nationwide through ExerciseTV, which was part of NBC Universal and E!.

If you live in Houston, you can workout with Cari at Bombshell Bootcamp – where members get the benefits of both a personal trainer for one-on-one support, and the fun atmosphere of group fitness. In addition to personal training, group fitness, and yoga, Cari also offers nutrition counseling, boxing, bootcamps, running programs, and functional athletic training (amateurs to pros).

Cari is a mom of 2 and enjoys traveling with her family. She is also an accomplished runner and has run 5 marathons, 1 ultra-marathon and has placed 1st and 3rd in her AG for 5k’s in some of Houston’s largest races.

“Give Shoemate your body, and she will fix it. She will get you in shape, and you might even enjoy the process.”

“Always up for a challenge, runner Cari makes herself stronger by constantly upping the ante.”

“The only thing better than having a trainer with skills, enthusiasm, not to mention legs, as great as Cari is having one who’s been there, who can relate to you…”

Other Media and Special Appearances